The significance of the role of a good teacher is often underestimated, none more so than by teachers themselves. Dr Colman Noctor, Child and Adolescent Pyschotherapist at St Patrick's Mental Health Services, tells us more.

Recently, teachers have rightly voiced their concerns about their ever-evolving role, which can sometimes seem to move away from the role of educator and, instead, encompass responsibilities akin to a psychotherapist, social worker and even psychiatrist. There is an increasing emphasis on the role of teachers to lead on issues such as sex education and consent, media literacy and emotional wellbeing. Perhaps, at times, this can feel as though parents and government bodies are sub-contracting out some of their parental and societal responsibilities to schools, which can feel very onerous on teachers who feel ill-equipped and time limited in this regard. However, in reality, all of these initiatives need to involve multi-pronged approaches which involve partnerships between schools, parents and policymakers.

So, what can teachers do to promote the emotional wellbeing of their students with limited time and resources?

Based on my experience of working with young people, I am becoming increasingly aware of the positive and negative influence of school ‘culture’. Culture can be described as a predominant ethos or philosophy that runs through a group and that can have significant positive or negative impact for all involved. This can vary from school to school and even from year to year, but it is an aspect of school life that teachers can influence very strongly. One of the most toxic and supportive elements of any organisation is its culture.

If I had any suggestions for teachers or schools in relation to protecting young people’s emotional health, it would be to invest in creating positive and/or addressing negative cultures as early as possible. This can be done by setting clear value systems which prioritise effort over outcome and emphasise aspects of meaning over performance. The aim of school cultures should be to create an atmosphere of empathy towards the vulnerable and a resilience to adversity. External contemporary socio-culture seems to move more and more towards under-valuing these aspects, and therefore schools now need to work harder against this trend and return to an ethos of meaningful inclusivity.

This needs to go beyond paying lip service to these aspects of school life and needs to not exist as a tokenistic gesture. Schools need to avoid getting into the dynamic of competitive league tables and avoid overemphasising the merit of the performance elements of school life. Instead, they need to value more meaningful characteristics of personhood and encourage these qualities in their students through recognition and value. It would be nice to see a Transition Year awards night that celebrated a young person who was noted to invest in this culture, or someone who showed strength of character in the face of adversity, rather than just the fastest, cleverest or most decorated being rewarded.

In an era that claims to be embracing diversity and inclusivity, we are experiencing a narrowing of the normative and more exclusionary bullying than ever before. This is why teachers and schools need to realign their value systems to return to meaning and encourage their student body to buy into this dynamic. Due to the Tinderisation and Instagramification of culture, qualities such as popularity are valued over authenticity, and polarisation is the theme of the day over measured debate. We need to bring these aspects of culture back and attempt to create cultures of openness, resilience and empathy.

Schools and teachers play a key role in instilling these qualities back into contemporary culture. This seems simple but it is far from easy. We just need to begin by giving teachers the time and belief in their role as ‘culture carriers’ and provide them every support necessary to promote positive wellbeing cultures within their schools.

See more of our campaigns, events and resources for schools and students. 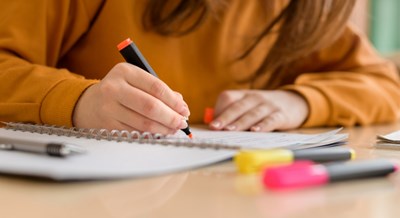