A Pebble in the Pond

Like a pebble being dropped into a pond, the effects of addiction send out ripples of worry, concern, abuse and sometimes loss. Read one person's experience.

Like a pebble being dropped into a pond, the effects of someone with an addiction send ripples of worry, concern, abuse and sometimes loss outwards amongst those that are closest.

I am 17 years old. My Leaving Cert results are out today. My older brother, who repeated his Leaving Cert, knocks on the bedroom door to see if I want to walk to school with him and a few friends to collect our results. I tell him that I won’t be going, as I already know I failed. The last few years have finally caught up with me.

Two years previous, my father died after his eighth heart attack and left my 41-year-old mum as a widow with eight children. I am the middle child. I, like my siblings, grew up witnessing alcohol and physical abuse in the house - “cause and effect”. Even though the physical abuse ended after my dad passed away, the alcohol abuse continued afterwards as my mum couldn’t cope.

From about the age of 10 onwards, I used to stay awake or stay up late. I knew, when my mum and dad started arguing, that it would stop if I went downstairs. This continued after my dad died when I would stay up until my mum came back home from the pub, or from a neighbour’s house. I would usually bring her upstairs to bed as she would be unable to do so herself.

As a result, I would be going into school with four or five hours sleep - hence the reason why I am the only person to ever fail the Leaving Cert from my family. Anyway, I decided to go to a new school and repeat the Leaving Cert the following year.

I was sometimes quiet amongst my friends during my teenage years. Now, at 44 years old, those friends are still amongst my longest, closest, and dearest friends. I always knew that they knew I had my issues at home. They always included me in what they were doing, but understood when I had to leave. They knew I had other priorities.

My three older brothers went away to Scotland to study, to escape the past. I couldn’t do that. I decided to stay at home to look after my mum, and my younger brothers and sisters while I studied in college. That was the “middle-child syndrome” kicking in.

I am older and wiser as a result of my own personal journey… I hope! I am separated and have one son whom I love to infinity. I am back living with my mother, who thankfully conquered her alcohol addiction some 15 years ago now. The positive outcome in finally talking about my stress and educating myself on my own illness was that it allowed me to finally talk about my past, which I had locked away for most of my life. I had locked it away for many reasons, but one of them was the stigma of disclosure. How could I tell my friends what it was like to be at home; how could I explain that our house was different? Although I have not been diagnosed with addiction issues, the impact for me of the ripple effect was very significant.

It has taken me a very long time to even get to the stage that I can write this blog in an open and honest way. I grew up in a time where family issues were not discussed outside the house. It was a different era; we were expected to just get on with it. There was little or no support for anyone. Thankfully, this is changing; being able to speak honestly and openly about the experience of living with addiction is in itself empowering and destigmatising. This is a conversation I would not have had ten years ago. Addiction is an illness and should be treated as such. It affects a very significant number of people in Ireland either directly or indirectly and has long-term, far-reaching effects – the pebble in the pond effect.

Addiction, like mental health, does not discriminate. The more we talk about these issues, the more we can all begin to learn and understand each other.

As a society we must try and break down the walls of stigma, just like an addict tries to knock down the walls of their own fear. For anyone experiencing addiction difficulties, don’t wait; don’t be afraid to ask for the help and support you need. The door to recovery is always open.

Right now the only addiction I have is life itself.

This blog was written by Stephen Burke of the Service Users and Supporters Council at St Patrick's Mental Health Services. 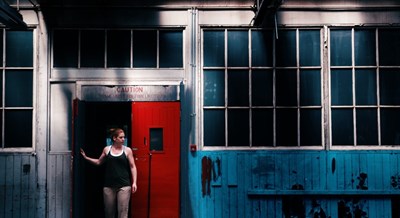 Stigma and Substance Use Disorders 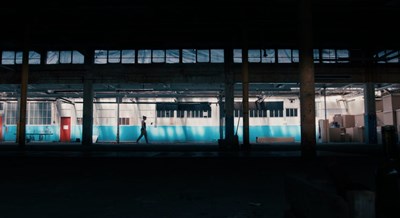 There is life after addiction – even if it is tough at times!

Stigma and Substance Use Disorders