Sparing a thought for fathers on Father’s Day

To mark Father’s Day, Dr Colman Noctor reflects on the undeniable shift in the role of fathers in contemporary culture. Underlining how important it is that fathers become more involved in the ‘hands-on’ rearing of their children, Colman encourages us to acknowledge just how much fathers have to offer in creating positive childhood experiences. 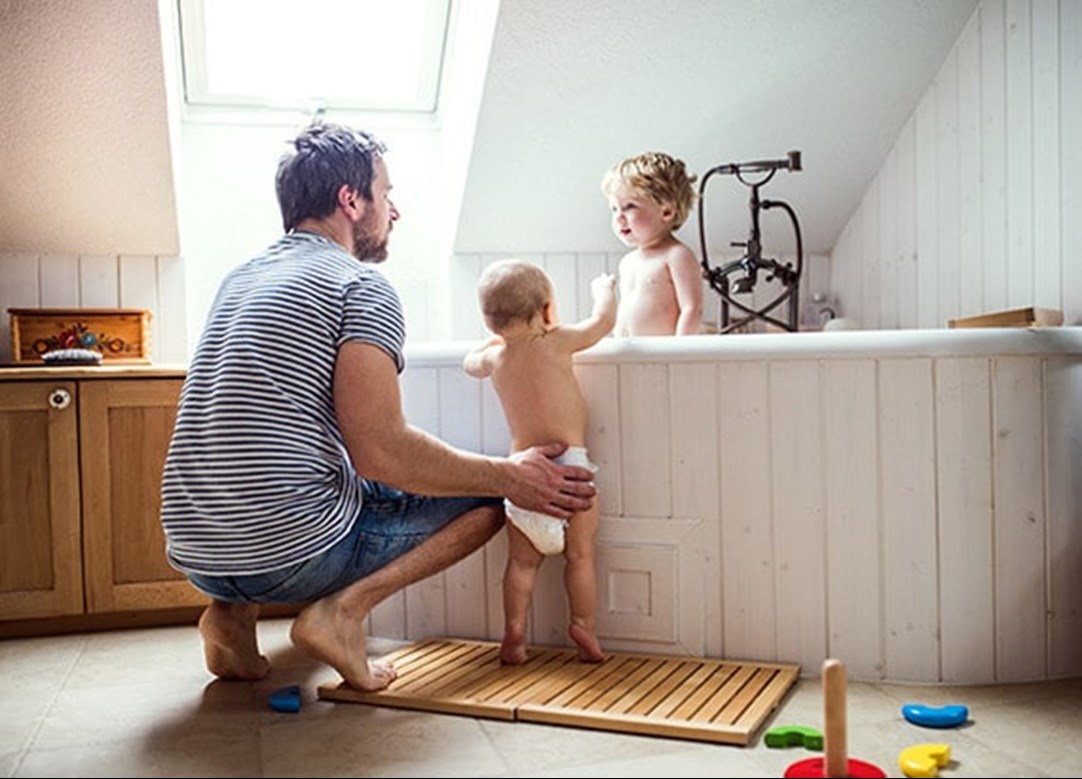 To mark Father’s Day, Dr Colman Noctor reflects on the undeniable shift in the role of fathers in contemporary culture. Underlining how important it is that fathers become more involved in the ‘hands-on’ rearing of their children, Colman encourages us to acknowledge just how much fathers have to offer in creating positive childhood experiences.

I am always wary of describing any group of people in generalised terms of ‘good’ or ‘bad’, especially a group as diverse as fathers.  Of course, there are plenty of examples of excellent fathers, and some other examples of less impressive ones, so it becomes impossible to discuss fatherhood as a unitary concept. So, perhaps it is better to consider the ongoing changes in the social and cultural roles of Irish fathers, and the ways in which these might affect how we see this role in the future.

There has been an undeniable shift in the role of fathers in contemporary Irish and Western culture. In recent years, it is impossible not to notice far more men pushing baby strollers than ever before, and there is a sense that roles traditionally held by mothers are now being carried out by fathers too. This is, in part, due to a variety of cultural changes; for example, the facts that there are less ‘stay at home’ mothers, more two-parent working families, more parents managing marital separations, longer commutes to and from work for both parents, and more children in childcare arrangements.

These changes mean that traditionally gender-assigned roles are more diluted and shared in modern culture. Whether these are shared evenly ‘enough’ remains contentious; that aside, these changes are to be welcomed, as it is important that fathers become more involved in the ‘hands-on’ rearing of their children. This is not only positive from an equality perspective, but also because fathers have a lot to offer in children’s experiences of childhood, and this needs to be acknowledged.

I often get asked if there is a difference between children reared in a ‘single parent family’ versus those in a ‘two parent family’ (who are still together) or by a couple co-parenting after a marital separation. The reality, in my opinion, is that the factors making up the family structure are less important than the degree of engagement and intentions of the parent or parents involved. I have met plenty of children in my career who have grown up in traditional nuclear families, with both parents still together, who have had very adverse experiences of family life. I have also met children who have grown up in a one-parent family – mother or father – or with both parents living separately, who have had wonderful childhood experiences. This leads me to believe that there should be far less emphasis on the structure of who is involved in the child’s life, and, instead, much greater emphasis on the level of engagement, love, and care the child receives from those involved.

A recent article by Jennifer O’Connell highlights how some fathers are described as ‘babysitting’ – rather than ‘parenting’ – their children when they have them on their own. The consensus of the significant social media response suggested that fathers ‘parenting’ their children is not something noteworthy or to be celebrated, but an assumed part of the role and par for the course for fathers. This, of course, is true, but, for some time, a counter-narrative which holds some sway in modern culture has infantilised fathers and assumed their inadequacy. I call this the ‘Daddy Pig Effect’ (from the children’s cartoon Peppa Pig). Here, fathers are painted as blithering idiots, often ‘minded’ by a measured, sensible mother or wife (like Marge Simpson), who keeps them in check and repairs their mistakes. This notion of fatherhood suggests that fathers are lazy, avoidant, and incompetent. These may be dismissed as merely traits of children’s cartoon characters which hold no actual weight in real life, but, unfortunately, the reality is that this notion of fatherhood does bear an impact on our imagined role of fathers. It can have some effect on how fathers are conceptualised and can shape a self-fulfilling prophecy in how the role of fatherhood is understood and played out.

If traditional narratives continue, they will only serve to further disenfranchise fathers who want to become more involved, and offer an ‘out’ for fathers who are looking for reasons to be less involved. These narratives play powerful roles in what we expect from conceptualised roles, and can have very clear and present impacts on important levels of decision-making.

An example of these outdated customs and narratives can be observed in how decisions are made around the assumed role of fathers in custody and access cases.

For some time now, it is usually assumed that children of parents who separate or divorce will stay with their mother full-time, and what often transpires is that fathers are assigned an ‘every Wednesday afternoon and every second weekend’ role. This can reduce fathers’ contact with their children to less than 20% every fortnight, often competing with extra-curricular activity schedules and teenage friendships for this time.

I fully appreciate the point that these fathers are spared the bulk of the tasks of daily school lunch preparation, the endless loads of clothes washing, the laborious homework supervision and so on, and so they should not be pitied. However, a trend I have observed emerging in recent years is the number of fathers who would relish spending more time with their children and gladly shoulder the burden of these tasks, rather than missing out on the opportunity. It seems that this custom and practice legacy has been established on the basis that, historically, many fathers did not want or did not see involvement in these aspects of their children’s lives as part of their role.  From my experience, this may no longer be the case, and, more so than ever before, I have witnessed a large majority of fathers who want to be far more involved in their children’s lives.

Unfortunately, there are still cases, often more publicised and garnering more attention, where some fathers have to be pursued by the courts to honour their obligations to take their children for allotted times and to pay their share of maintenance costs.  It appears that these problematic cases set the tone for decision-making across the board and, in some instances, decisions are negatively predetermined for other fathers, who may want to continue to co-parent equally.

Perhaps it is time for the narrative around fathers to change?

In my clinical experience, I have witnessed a sea change in the levels of involvement fathers are having in their children’s lives, and there is an authentic enthusiasm and willingness to remain as involved as possible. In order to reflect this, we need to change the conceptualisation of ‘Daddy Pig’ fathers, who see themselves as ‘babysitters’ and feel that they deserve a round of applause for taking their children for a day or emptying the dishwasher. Instead, fathers need to be seen as capable partners, who co-parent and share the responsibility of parenthood with interest, enthusiasm, ownership, and accountability. This, in turn, may then become the new conceptualisation and self-fulfilling prophecy for Irish fathers.

The role of fathers is changing and our narrative needs to reflect that, and, maybe, in time, our laws and cultures will too. 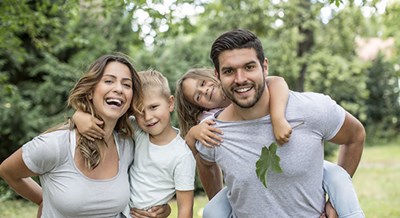 Celebrating and reflecting on the emotional resilience of parenting